If you remove, from the middle of a tetrahedron, an octahedron of half the edge length, four small tetrahedra remain. Removing from these again the middle octahedra and iterating the procedure, one gets a fractal, namely the Sierpinski tetrahedron. The removed octahedra, too, form a fractal:

I have built the surface of the octahedra removed during the first three iterations from cardboard and adhesive tape: 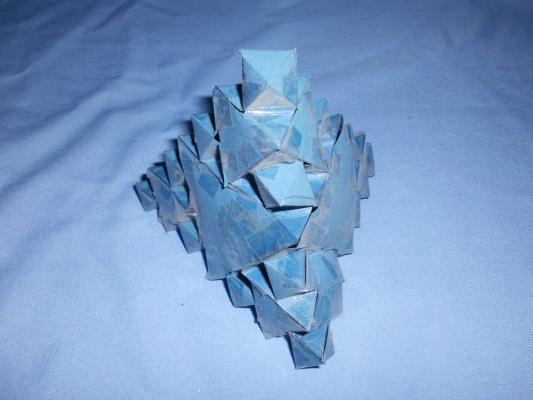 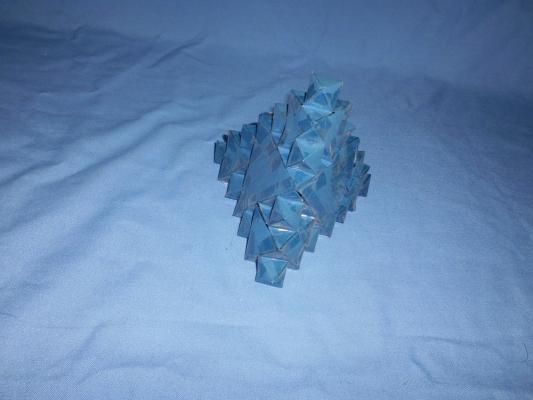 Here is the net I had to cut out: